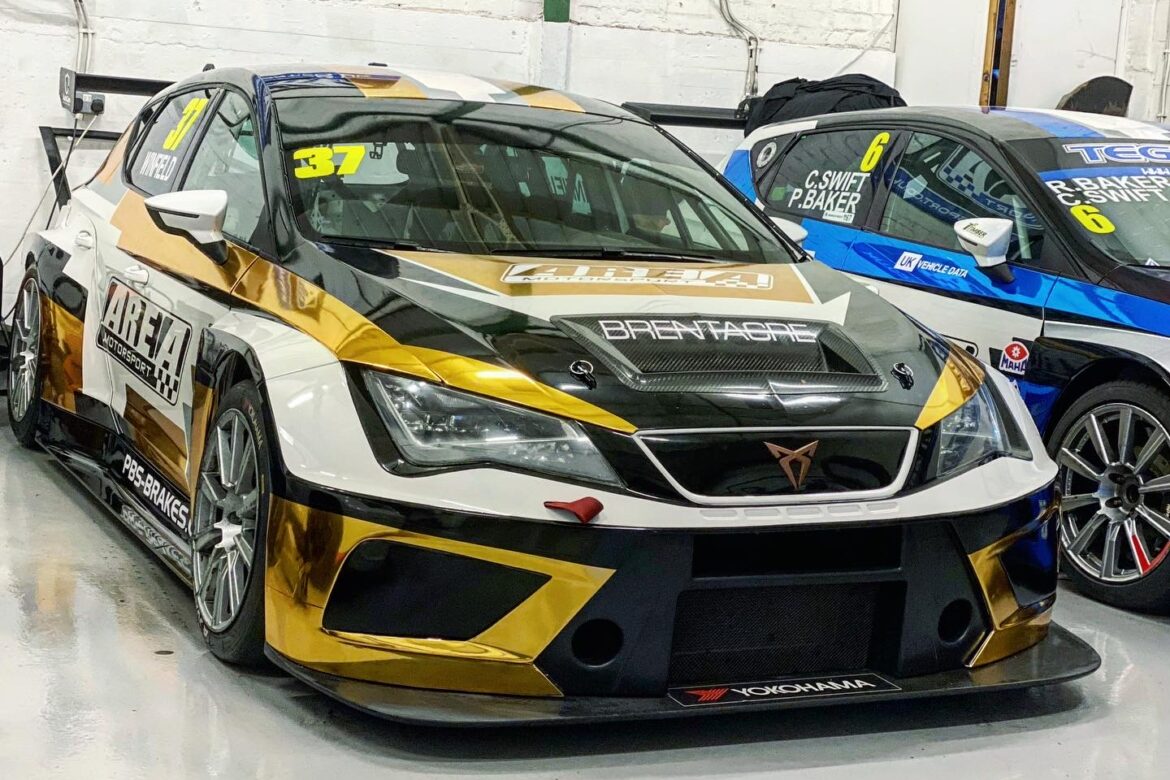 As we head into 2021 with a hope that there is a normal season ahead, we first look back on our final rounds from 2020. Although a broken up year due to the pandemic with great organisation from the Championships we compete we managed to complete a seasons of racing, even if some of it was concluded just 1 week before Christmas. Area Motorsport took 4 out of 5 championships contested in one of our best seasons to date. Bruce Winfield Civic Cup Champion, Rob Baker / Carl Swift Class A and Overall Club Enduro Champions and Luke Handley Club Enduro Class B Champions. It’s also worth noting that in all Championships contested we also took all 2nd places as well with Alistair Camp taking 2nd in Civic Cup, Matt and Simon Wallis 2nd in Club Enduro Class A, Chris Freeman and John Munday taking 2nd in Club Enduro Class B and Andy Baylie taking 2nd in Class C.

Civic Cup
Civic Cup saw a great year for the team in which Bruce Winfield sealed the championship at the final round ahead of his team mate Alistair Camp. With nearly all fastest laps for the team this season between the two it was great to see them bring home 1 st and 2nd in this highly competitive championship. 2021 Civic Cup see’s us with a driver line up with no fewer than 50% of the team new. Our Driver Line up consists of Alistair Camp who will be looking to run right at the top after finishing 2 nd in 2020. George Alp Williams, having only passed his driving licence late last year, George has impressed massively since joining the team in 2020, picking up podiums and a race win. George will have his eyes firmly set on the Championship as will new to the Team Jamie Tonks. Jamie ran 2020 on his own and was plagued by small issues but even so showed great promise at a number of rounds. With a refreshed car by our selves he will be another hoping to run at the front. Another newcomer to the team for this season is Matt Luff. Matt has raced previously in the MX5 championship showing great pace at a number of rounds before now stepping up to Civic Cup for the 2021 season in one of our Hire Cars. Darren Meddings not new to trackdays but relatively new to racing will be looking to get out there and get stuck in. The year will be a somewhat learning curve where Darren will hope to edge his way to the front in a car and championship that’s new to him. Not new to Civic Cup but new to the team is Paul Mcpugh. Paul has raced in Civic Cup for 3 seasons and in 2021 has switched to be ran by Area Motorsport. We’ll be pushing to get Paul up the grid and the initial aim of Top 10s.

We’re looking forward to getting the season started and working with our new and old drivers in the push for more great results.

Club Enduro
It was a fantastic year for the team in the Club Enduro Championship this year. A number of Championships won including the overall. Our team is very much the same for 2021 with all drivers sticking with the championship and with Area Motorsport for this season. Andy Baylie has had a lot of work done by us over winter to turn his Class C Civic into a Class B Championship contender with a new Engine and Gearbox Ratios. Luke Handley, last years Class B Championship has improved his Golf MK7 GTi over winter with some new enginemodifications, Wide arches and wider tyres. Chris Freeman returns in his K24 solo this year in Class B, having missed out on the championship by 1 point in 2020, he’ll be looking to go one better in 2021. Will Beech and Mark Grice showed fantastic pace and consistency in 2020 and were in with a shout of the championship coming into the final round. Unfortunately a blocked Radiator and over heating engine put a end to their bid, they’ll certainly be another to watch for Class B honours. Steve Cuniffe will join us for selected rounds also in his K24 Civic, looking to push forward after a brace of finishes in 2020. Finally, throw good friend of the Team Chris Coomer of PBS Brakes in the mix in his Clio Cup Car and we have a 6 way inter team battle for Class B honours. Coomer is certainly one to watch after taking the Class B win in the final round of 2020.

Jonathan Packer joined us for the final round of 2020 in his Class C Civic and took the grid by storm taking the Class C win in Club Enduro and the overall win in Roadsports at a wet Donington Park in December. Jonathan joins the team for a full season in 2021 with his eyes firmly set on the championship.

David Vincent will take on selected Roadsports races and Britcar in his 2.2 Honda Civic Endurance Car.

TCR UK
Another new challenge for the Team see’s us enter a new Cupra TCR into the TCR UK Championship with Bruce Winfield at the wheel. The championship and cars aren’t new to us but this will be the first time we have a full season entrant. Bruce Winfield being highly rated in 2020 as one of the best Club Motorsport drivers in the UK will have his eyes firmly set on podiums in a car and championship very new to him.

Leave your thought Click here to cancel the reply